The Grottoes of North America is a charitable organization, dedicated to promoting Goodfellowship, Friendship, and fun amongst Master Masons.

HISTORY OF THE GROTTOES OF NORTH AMERICA, M.O.V.P.E.R.

The Mystic Order of Veiled Prophets of the Enchanted Realm, whose subordinate bodies are the Grottoes, is an organization by and for Master Masons. While not connected with Masonry proper, its membership is restricted absolutely and exclusively to Master Masons in good standing. Although it is primarily an organization for good wholesome fun and frolic, it also has its serious side. Its slogan is GOOD FELLOWSHIP, and in contact with our fellowman, this principle is exemplified to a marked degree.

For some years prior to 1889, several members of Hamilton Lodge N0. 120, F.&A.M., at Hamilton, New York, sought relaxation from the sterner duties of life by holding occasional informal meetings for fun and good fellowship. The chief spirit in the fun was LeRoy Fairchild, and in the summer of 1889, he and a devoted band of followers discovered the Enchanted Realm in which, upon entering with song and laughter, they and their successors found a rich heritage. The first meeting of this organization was held on the 10th day of September, 1889. It was decided at this meeting that the membership of the organization should be confined to Master Masons in good standing.

It seemed to be the height of their ambition to perpetrate jokes upon each other. After a meeting of Cyrus Chapter #50, held in the fall of 1886. Seventeen members planned for conferring the Royal Arch Degree. This evolved into monthly meetings. There were many tales of jokes and high jinx played on each other. They did not hold their meetings at the Lodge, but rather more informal locations. There were minutes kept and changing locations were marked by a lighted red railroad lantern.

A ritual was written and they began to take in new members. Many distinguished Masons entered the Enchanted Realm and returned pleased and charmed by its brilliancy. The Order could no longer be confined to one locality and in response to imperative requests that were not to be denied, on the 13th of June, 1890, the "F.D.C." duly founded and established the Supreme Council of the Mystic Order of Veiled Prophets of the Enchanted Realm. The seven Founders were pillars of their communities; The Chief Founder was LeRoy Fairchild, a store owner. Adon N. Smith, a store owner and Bank President, his brother Sidney D. Smith, a local politician was Grand Secretary for over 25 years. William Eaton was the last US Navy Commodore. General William M. West served as Aide to NY Governor and was a local Bank President. George Beal held many positions in the village and was Post Master under President Grover Cleveland. Dr. John McGregory was a Madison University Professor for 46 years and served as Grand Monarch in 1908.

It is a social organization for the Master Mason and all such are welcome to our Enchanted Realm. It encourages renewed interest in the Blue Lodge field with its activities and attendance. While it is not and makes no claim to be a part of Symbolic Craft Masonry, we ever bear in mind that our membership is composed entirely of Master Masons.

The ritual is original and unique. The spectacular ceremonial requires a cast of thirty (30) or more and offers unlimited opportunities in stage activities and stunt performance. Its proper rendition requires a large stage, elaborate costumes, and stage settings. It is mysterious, startling and spectacular with a Persian atmosphere. While pervaded with a spirit of wholesome fun, it teaches a serious lesson which lingers with the initiate, instilling in him a spirit of optimism, a kindly feeling for his brother man, and an impression of GOOD FELLOWSHIP, which is something devoutly to be desired.

Through the years many Grottoes were chartered in the United States and Canada. Membership has included Masons from all walks of life and luminaries, including Presidents: Warren G. Harding, Franklin D. Roosevelt, Harry S. Truman and Gerald R. Ford. The Founders created a highly engaging, successful environment for all Prophets and a Fraternal Organization that has moved from one century to another, yet another, with the strongest feelings of Good Fellowship among its members. 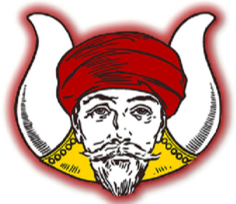 Submit your email & stay up to date.